Prof. RNDr. František Neuman, DrSc., an outstanding Czech mathematician, one of the leading figures of Czech mathematics and an excellent specialist in the theory of linear differential equations, will celebrate his 80th birthday on May 28, 2017.

František Neuman was born in Brno, where he also attended primary and secondary school and already as a high school student, he demonstrated his mathematical talent by becoming one of the winners of the Mathematical Olympics. In 1960, he graduated from the Faculty of Science of the J. E. Purkyně University (now Masaryk University) in Brno and started working at the faculty Department of Mathematics. In 1965, he obtained a CSc. degree (Candidate of Sciences) and a year later he was appointed a docent of mathematical analysis.

In 1974 he transferred to the newly established branch of the Institute of Mathematics of the Czechoslovak Academy of Sciences based in Brno, where he held the position of a director in 1991–1998. Simultaneously, he continued with his teaching work at the Faculty of Science of the Masaryk University and at the Brno University of Technology, where he focused on teaching mathematical subjects and educating doctoral and postgraduate students.

In 1980 he obtained his DrSc. degree (Doctor of Sciences) and in 1991 he was appointed professor of mathematical analysis.

The scientific activities of František Neuman was strongly influenced by academic Otakar Borůvka, an honorary citizen of Brno, who was his mentor in 1960–1965 and later his collaborator, and is closely related to the qualitative theory of differential equations, in which F. Neuman focused mostly on higher-order linear differential equations. He has proved a number of new results concerning the distribution of zero points, periodicity, asymptotic behavior and other properties of the solutions of these equations.

By using an elaborated combination of algebra and geometry with methods typical for investigating differential and functional equations, he created a united theory of global properties of linear differential equations. He presented the main outcomes from this area in his monograph – “Global Properties of Linear Ordinary Differential Equations, 334 pages, Mathematics and Its Applications, East European Series 52, Kluwer Academic Publishers (with Academia Praha) Dordrecht / Boston / London 1991”, which won extraordinary international acclaim. Prof. F. Neuman became a leading global scientific figure in this field of mathematics and was invited to give lectures at renowned international institutions.

He also achieved remarkable results in other mathematical disciplines – the graph theory, theory of functional equations and decomposition of functions with multiple variables.

He published a total of 115 specialized publications in significant and internationally renowned journals, and 2 monographs.

Professor Františk Neuman is one of the most prominent mathematical figures in Brno. He was an active member of the Brno branch of UCMP, he organized and co-organized seminars and conferences on differential equations (including international ones), he himself spoke at conferences at home and abroad, he stayed at foreign universities short-term and long-term many times, he was a member of the editorial boards of several international journals and a mentor of several mathematicians who are now well-renowned. Professor Neuman has already won several scientific awards for his extensive work, including the Bolzano Medal awarded to prominent scientists by the Presidium of the Czech Academy of Sciences, Honorary Membership in the Union of Czech Mathematicians and Physicists, silver medals of the Masaryk University in Brno and the Comenius University in Bratislava,... 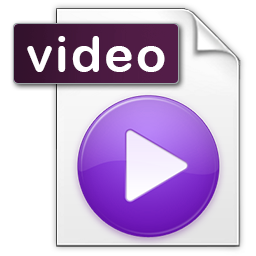 My 31, 2017 - A ceremonial seminar held on the occasion of the 80th birthday of František Neuman